Thank you for making this past year an excellent one for our union!

As your executive, we are working towards improving our communication and engagement with you, our members, and so we share this 2019 Year in Review as information for you on what has happened and what 2020 has in store for us.

We appreciate all you do and wish you and your family a happy, safe and prosperous holiday! 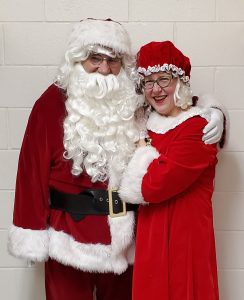 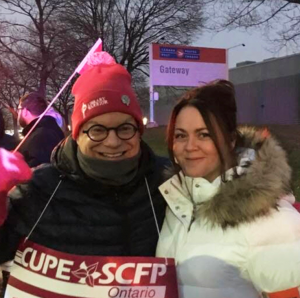 On Nov. 14th, OMERS Sponsors Corporation (SC) Board plans to vote on a series of by-law changes that will fundamentally change the governance of OMERS, weakening the voices of workers and their unions.

Only a simple majority vote (50%+1) is required to pass these changes.

If this vote goes ahead on November 14th and the governance changes pass, it will make it easier for OMERS to cut benefits like pension inflation protection (indexing) and early retirement. Last year, some at the OMERS SC Board failed in their attempt to reduce benefits and now seem to be trying to sneak through fundamental changes to how OMERS works so that they can cut our pensions in the future.

CUPE Ontario is asking you to take action to protect our collective representation at OMERS. Go to https://cupe.on.ca/stopomerschanges/ to send a letter to the OMERS SC Board telling them to defer and/or defeat these proposals;

OMERS plan members and their unions deserve to be heard—it’s our pension and it’s our right to real representation. CUPE Ontario will be taking all actions necessary to protect our rights at OMERS and the plan benefits OMERS member rely on for their retirements. If we stand united, we can defeat this attack.

A: Yes with pride. At 700,001 members across our nation, You are part of Canada’s largest union!

Bill 124 is an attack on front-line public workers and our communities. It blames workers for Ontario’s deficit and limits workers’ wages to below inflation even as the Ford Government hands out tax breaks to profitable corporations and the wealthy 1%.

If passed, Bill 124 would:
Strip workers of their Charter-protected right to collective bargaining, free of interference.
Force front-line public sector workers to accept contracts that don’t keep pace with inflation.
Take money from the wallets of front-line workers that would have been spent in our communities and continue to give the Ford Conservatives’ wealthy supporters tax cuts.
Set the stage for even MORE attacks on public services and working people, in both the public and private sector.

Send a message to your Local MPP; tell them you’re AGAINST Bill 124, and that you want them to vote ‘NO’ when it comes to a vote.

Together, let’s choose communities, not cuts!

CUPE Ontario would like to draw your attention to the OMERS Member Engagement Survey that OMERS emailed out last week.

CUPE Ontario has some serious concerns with the survey design, such as overly restrictive response options, which we will be communicating to OMERS. We are also troubled that some of the questions appear to address pension plan design rather than administrative concerns and members’ experiences.

In our view, the OMERS Sponsors Corporation—where unions and employers collectively make decisions about the OMERS plan design—is the proper forum to discuss plan design (i.e. benefit and contribution) issues.

We are also aware that OMERS and/or employers may try to use the data gathered from this flawed survey to justify their ongoing push for cuts to your pension. It was only last year that we defeated yet another effort to remove guaranteed indexation (i.e. cost-of-living increases) from OMERS pensions. We expect these efforts to continue and we will continue to fight for our members’ best interests.

Despite these concerns, we are urging CUPE-represented OMERS members to complete this survey and to voice their opinions.

We would draw your attention to the “Two things I like most about my OMERS pension” question (towards the end of the survey). One potential answer to this question is “My OMERS pension protects me against cost-of-living increases.”

There are also open-ended sections where members can tell OMERS what they have told CUPE for years: the secure, defined benefit nature of OMERS and the fact that the plan is fully protected from inflation with guaranteed cost-of-living increases are incredibly important to hard-working CUPE members.

You can take the survey by following this link.
https://www.omers.com/survey

We are saddened to hear of the passing of Councillor Frank Monteiro. Our thoughts are with his family.

Considering the potential for Amalgamation, we are working to ensure that all of our members are in good standing and therefore…
It’s time to get Carded!

With these steps you will be a member in good standing.

Come to this important membership meeting to complete the four (4) steps outlined above to become a member in good standing.

Help us to complete the steps for you to be a member in good standing. Our local runs on the involvement and support of its members; our system is democratic and your participation matters!

We look forward to seeing you out and engaging with your union.
In solidarity,
Your CUPE Local 1882 Executive 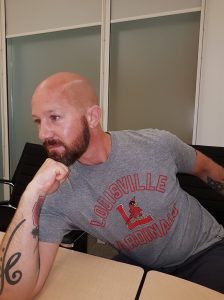 Craig Murray is Local 1882’s Sergeant at Arms (SAA). The SAA plays a vital role as to how our local is prepared for various meetings and activities. They welcome members and guests, make certain parliamentary procedures are followed such as ensuring bylaws & traditions are respected, provide support to the President by making sure she has all materials needed before the meeting, call the meeting to order and adjourn all meetings.

There are no upcoming events.